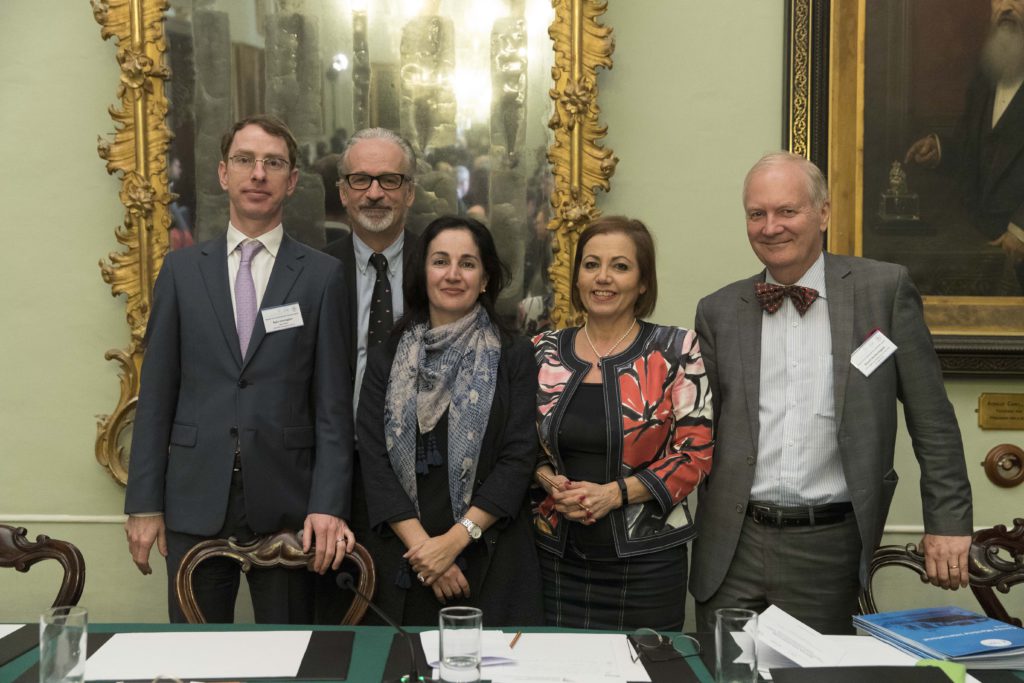 It was during the CMI Executive Council meeting in Genoa in  September 2017 when the conclusions of the fiftieth session of UNCITRAL held in July 2017 were discussed.  At that session UNCITRAL had noted the importance of a proposal by the CMI drawing attention to problems arising around the world from the failure to give recognition to judgements in other jurisdictions when ordering the sale of ships. Councillor Alex von Ziegler informed us that UNCITRAL appeared to be open to a dialogue on the subject of the international recognition of Judicial Sales.  He advised how  UNCITRAL suggested the holding of a Colloquium at which UNCITRAL through its secretariat would he happy to participate.   The challenge in that suggestion being discussed at our September meeting,  lay in the fact that if a Colloquium was going to be organised, this had to be done very early during 2018, by the very latest end of February, because the deliberations and conclusions of the Colloquium would have to be passed on to UNCITRAL to make it in time for  a proposal to be tabled and discussed at the 51st meeting of UNCITRAL in June.

A discussion followed on the need to find a state which would be happy co-hosting such a Colloquium.  I had explained that the subject of  the recognition of judicial sales was something in which Malta would have a very serious interest. Our position bang in the middle of the Mediterranean on the rum line between Suez and Gibraltar means that we straddle one of the world’s busiest shipping routes and as a result ships pass by Malta not only to load and discharge at our transhipment container port but also to pick up bunkers, supplies, effect crew changes and repairs.  In addition Maltese law has a very robust law in favour of  mortgagees.  A mortgage under Maltese law is an executive title which has its roots in civil law and therefore a mortgagee can proceed directly to enforcement against a vessel in the event that the owner is in default. A mortgagee need not commence an action on the merits meaning  that our courts are frequently called upon to order the judicial sale of ships by means of either a judicial sale by auction or a court approved private sale.   Our law provides that in a judicial sale,  a clean title is given to the buyer and the purchaser buys free and unencumbered.  With the volume of judicial sales held in Malta initiated by international financiers who have unsatisfied mortgages, Malta had an interest in such an international convention on the international recognition of judicial sales.

The idea of holding the Colloquium in Malta at very short notice gained ground and after establishing that the Maltese Ministry for infrastructure and transport would lend its support to such an event we put in maximum effort to draft a one day programme for the purposes of attracting around 30 maritime service providers who would be able to express their views on this project.

It was only in December that it was  confirmed that the Colloquium would indeed be held in Malta organised by the Malta Maritime Law Association in conjunction with the CMI supported by the Ministry.

The Colloquium was held at the Maltese Chamber of Commerce on the 29th February and all the delegates were presented with an introductory paper by Stuart Hetherington, a list of cases which highlighted the legal uncertainty and interruption at great cost to  the international trading chain when judicial sales are not recognised, together with the Beijing  Draft Convention on the Foreign Judicial Sale of Ships and their recognition.

It was my pleasure as President of the Malta Maritime Law Association  to welcome an impressive 174 delegates ( not the 30 people we had originally envisaged ) from 60 countries. The event was expertly moderated by Dr. Suzanne Shaw, Vice President of the MMLA and addressed by Stuart Hetherington the President of CMI,  Minister Ian Borg, and Ryan Harrington, Senior Legal Adviser to UNCITRAL.  Mr. Harrington made it clear that UNCITRAL was there to listen to the industry and to assess and consider its recommendations.

We adopted a two panel  model  moderated respectively by myself and Alexander von Ziegler,  made up of  expert practitioners and industry leaders.  I remain eternally grateful for the co-operation of our expert  panellists from all over the world who all  agreed to come to Malta at a moment’s notice to share their views on this important issue that effects international trade.

They explained issues arising in their parts of the world and discussed difficulties ranging from how all creditors including mortgagees need to ensure  that a vessel gets the best possible price in the quickest possible time and how this is in turn dependant on the importance and certainty of a clean title being passed on to a  new owner;  the suffering of crew who are literally at the coal face as a ship languishes in no man’s land waiting to be sold in a judicial sale and the difficulties faced by harbour authorities when this happens; to the difficulties  faced by a new owner if it is faced with the arrest of the vessel for its old debts under the previous owner and  the difficulties faced by  flag administrations engaged by a new owner following a judicial sale if the underlying flag administration fails to recognise the judicial sale.  All agreed that this area is ripe for international co-ordination in order to establish  uniform and international legal certainty which effects such an important link in the chain of international trade.  They all agreed that given the very international nature of shipping it was crucial that the subject attracted a uniform solution through an international convention.

Peter Laurijssen from CMB identified four of the most important considerations in relation to judicial sales which was legal certainty, maximizaiton of the asset value, availability of ship finance and the ease of registration after the sale has taken place.  He made it clear that failure to resolve these considerations distorted the ship sale market and caused asset value destruction to the detriment of the industry as a whole.  Tilman Stein from Deutsche Bank Hamburg shared the view of another 11 major banks from Hamburg underlining the need for certainty and highlighting the substantial value of the assets at issue. 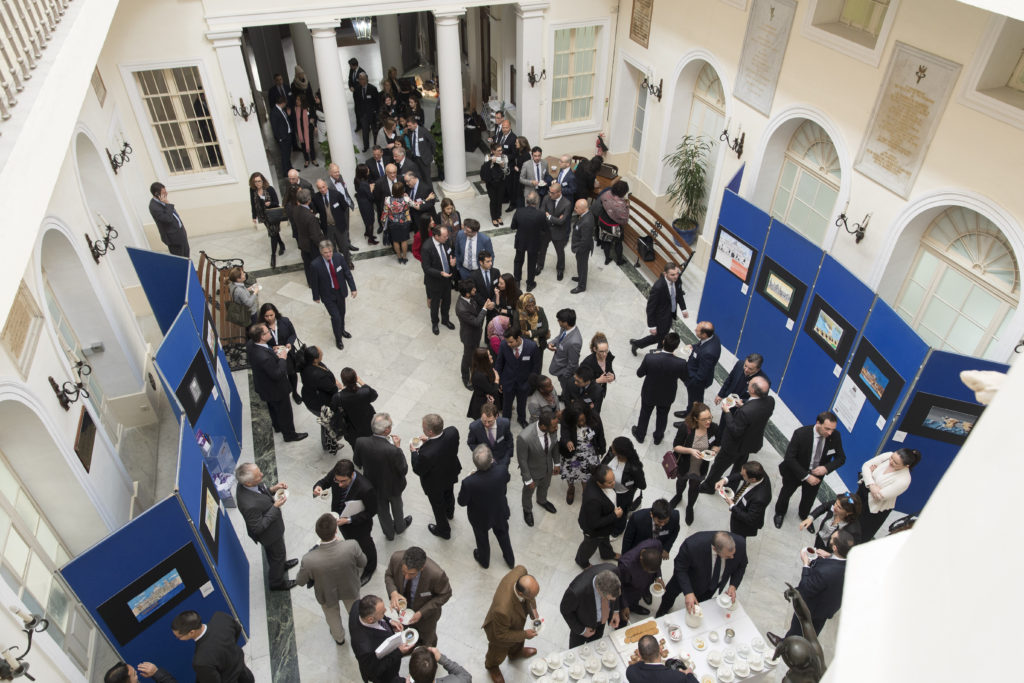 The 174 delegates at the Colloquium  which came from 60 different countries offered very interesting perspectives with their comments and observations highlighting the need for legal certainty. Delegates represented states and governments, the judiciary, the legal community, shipowners, bankers, port and harbour authorities, charterers, tug operators, ship agents, bunker suppliers and ship brokers.   The Colloquium was also attended by BIMCO, the International Transport Federation and the Institute of Chartered Shipbrokers.

It was crystal  clear that the participants and delegates at the Malta Colloquium all agreed that there was a very real need to address the issue and  that the smooth operation of international trade depended on certainty.  Thus there needed to be a serious discussion at an international level for a convention on the international recognition of judicial sales as had been suggested by the CMI.

In the days that followed the Colloquium there was a great deal of effort by Stuart Hetherington, Alex von Ziegler and myself,  in co-operation with the Secretariat at UNCITRAL  into putting together a Proposal for UNCITRAL which contained a report on the Malta Colloquium. The Proposal follows this report.

The Proposal of Malta and Switzerland was put on the agenda for the fifty  first session of UNCITRAL in New York between the 25th June and 13th July.  The Maltese and Swiss proposal was to be discussed in the morning of the 29th June.

Much work was carried out prior to the meeting  by Maritime Law Associations and members of the Executive Council with a view to ensuring the support of as many member states as possible at the UNCITRAL meeting. Unfortunately very shortly before the 51st session,  the project suffered a set back.  We received information to the effect, just 10 days prior to the 29th June,   that Malta had been informed by the EU Commission that in its view the subject matter of the Proposal  was an EU reserved matter because it dealt with aspects of jurisdiction.  The Commission appears to have disregarded the fact that the Proposal was not recommending the adoption of any draft convention but was merely requesting that UNCTIRAL conducts future work on cross-border issues related to the judicial sale of ships.  Furthermore it was unexpected that the EU Commission should adopt this stand as one would have thought that it was a perfect opportunity to give the existing  EU Brussels 1 regulation and the Recast an international dimension in the area of judicial sale of ships.

Malta therefore was left with no option but to withdraw its proposal, leaving the Swiss Government to be the sole proponent of the Proposal before UNCITRAL. 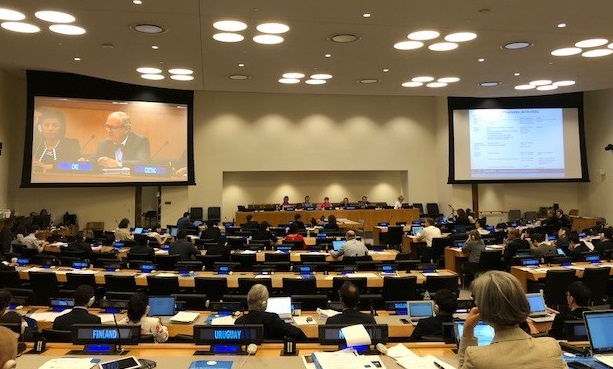 Alex von Ziegler attended the meeting as the Swiss Delegate  and Stuart Hetherington and I attended for and on behalf of  the CMI.  Alex von Zeigler introduced and  explained the Proposal and what its motivations were in a succinct and expert manner.  Stuart  Hetherington then spoke about  the conclusions reached by a cross section of the international trading community and the various circumstances which necessitated an international approach to an international problem.  I read out the letter of support to the proposal by BIMCO and took the opportunity of explaining a real case of an illegal arrest of a ship in Malta that took place  only three days before the meeting.  (A vessel was arrested by a previous creditor of a vessel sold in a Judicial Sale in Jamaica in January of this year which caused havoc to the international trading chain.)

A great number of delegations participated in the debate on CMI’s  Judicial Sale Proposal.   The delegations from Argentina, Australia, Columbia, Singapore, China and India were very strong supporters of the Proposal.  A number of delegations also spoke favourably however other proposals had a higher priority for them.  Unidroit commended the efforts made by CMI.  The EU representative only made a fleeting reference to the Proposal stating that:  “we should look a bit more carefully at the data and justification for such work and if the data is made available and  are given more time for consideration we could possibly support work in the form of a soft law in this area.”  It is a pity that the EU representative was clearly not informed that all the necessary data including  the statistics and the volumes of case law  had been made publicly available since CMI commenced to work in 2007 and more so following the Malta Colloquium in February.

The decision on which proposals were to be accepted was announced in the afternoon of the 29thJune.  To our great relief and great satisfaction,  the proposal for future work by UNCITRAL on cross border issues related to the judicial sale of ships was accepted. UNCITRAL therefore gave a clear mandate to study the subject.   It was declared that Judicial sales is one of the two top priorities of future work for UNCITRAL  which would  be assigned to the working group that is finishing first with its current business.  It is likely therefore that it would be working group VI.

As well as all the Maritime Law Associations who lobbied their Governments, the International Working Group of CMI Chaired by Henry Li must be delighted and they must also be congratulated.   It is precisely this type of result which reminds us of  the very real scope and purpose of the CMI as the body which seeks the uniformity of international maritime law.