During IMLIs Graduation Ceremony held on 7 May 2011, the Degree of Doctor of International Maritime Law Honoris Causa was conferred upon Mr. Patrick J.S. Griggs CBE (Former President of the CMI) in recognition of his life-long service to the harmonization, progressive development and codification of international maritime law.

Dr. Griggs is a London Solicitor who joined the leading London based maritime law firm of Ince & Co. in June 1958 and became a partner in 1966. He was Senior Partner from January 1989 to May 1995 and remains a Consultant with the firm.

He has served as President of the Comité Maritime International for eight years, as Secretary/Treasurer of the British Maritime Law Association for ten years and through these and other international fora has been greatly influential in the international maritime community.

Indeed, in recognition of his services to the maritime industry, Dr. Griggs was appointed Commander of the Order of the British Empire in 2005.
Dr. Griggs has written various scholarly publications, including the pathfinding Limitation of Liability for Maritime Claims, of which he is still a joint author. 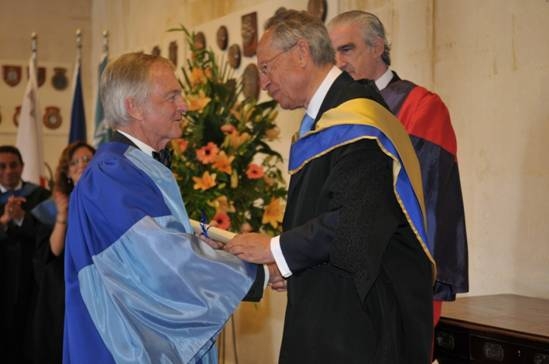 IMLI acknowledges that Dr. Griggs has been instrumental to the work of the Institute through his constant contribution to the IMLI Governing Board and the IMLI Academic Committee of which he has been a member for many years. He has also been actively involved in the Institute’s work by annually delivering lectures on various topics relating to port State control, shipping disasters, liability and compensation conventions adopted by the IMO, and limitation of liability for maritime claims. Dr. Griggs has acted as a supervisor in the Institute’s Doctor of Philosophy (Ph.D.) programme, thus contributing to the continued development of the Institute as a centre of academic excellence for the teaching of international maritime law.

Professor Francis M.B. Reynolds Q.C. (Barrister / Professor Emeritus, University of Oxford) delivered the oration on the occasion. He noted that:

“Mr. Griggs is a London solicitor and ended his career in practice in 1995 as the senior partner of one of the leading London shipping firms Ince & Co. I do not know whether the list that I am now going to mention comes as the result of chance or not – I assume not – but during his professional career in practice he was involved in an extraordinary number of high-profile cases. Names I have been given read like a rather frightening roll call of disasters – the Pacific Glory, a huge oil tanker which collided off the Isle of Wight, the Christos Bitas, another tanker which ran aground near Milford Haven, the Herald of Free Enterprise, the car ferry which capsized while leaving Zeebrugge, the Marchioness, the case of the river Thames pleasure steamer which collided with the Bowbelle and sank while a party was being given on board it, the Piper Alpha oil rig fire in the North Sea, the Braer oil spill north of Scotland and the Manchester air crash of 1985.

In 1997 Mr. Griggs became President of the CMI (Comité Maritime International), an ancient and prestigious institution which has long taken a leading role in international law […]. Mr. Griggs held that distinguished office from 1997 to 2004 and proved an unusually effective holder of it, at least partly because as he had retired from practice he was able to and did give much more time to the Organization than Presidents usually can. His tenure was certainly an exceptionally successful one. In 2005, a year after his retirement as President, he was awarded the British decoration of CBE for services to the maritime industry.

He is now retired from the Presidency but is still deeply involved in matters of international maritime law. When he retired from Ince & Co his firm, in their announcement, said that he “will stay a major player in the international law arena.” This is a serious understatement: he remains well known to all as a leader in the area. He is the CMI observer at the Legal Committee of the IMO. He participates in many conferences and gives many talks. He has been involved in the negotiation of several international Conventions and projects for the unification and/or codification of maritime law and frequently speaks on the problems of achieving harmony in this context. Recently his name has been appearing in international discussions of the legal problems surrounding piracy off the coast of Somalia and in the eastern Indian Ocean generally.” 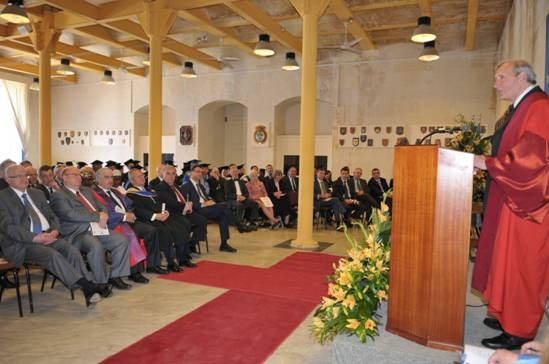 “Patrick Griggs has been a great supporter of and a friend to IMLI for many years. […] The International Maritime Law Institute acknowledges with admiration the regular and valuable help which it has received over many years from someone who was and remains, as his firm Ince & Co said on his retirement, a “leading [to which I add the words “and distinguished”] player” in the world of international maritime law and commerce; and it is immensely grateful for the friendship and support which, personally and through the CMI, Patrick Griggs has given to its work”